Was born in 1987 in Kielce, Poland. He studied at the Department of Painting of The Academy of Fine Arts in Krakow. In 2010 he studied as an Erasmus student at L’ École Estienne in Paris. In 2013 he travelled to the Caribbean island of Aruba, where he worked for the local church as a painter. In 2014 he started to work as a keyframer in a production of a painted animation film Loving Vincent, in 2016 he moved Athens to train and supervise a greek unit of the film production. Currently he’s living and working in Cracow. 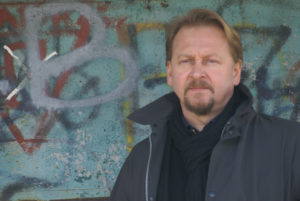 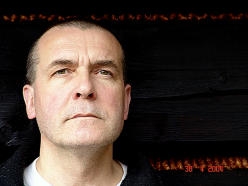 He was born in 1954. Studied at the Academy of Fine Arts in Cracow in 1976-1981 and earned a diploma in the chalcographic studio of Prof. Mieczysław Wejman and in painting under Prof. Jan Świderski in 1981. 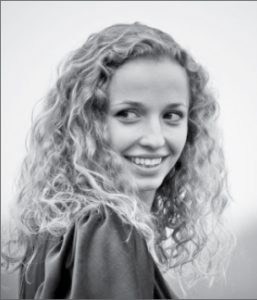 In my creativity there is a special place for the elements, especially for water. Water is my main inspiration in sculpture but it also turns up in my art installations as a material/ medium. After throwing on a potter’s wheel, objects are deformed in a way that is only possible in this technique. 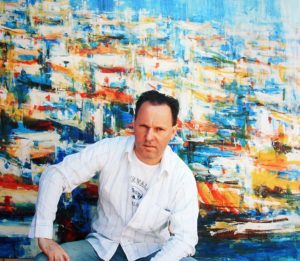 Łukasz Morawski, born on 15 February 1964 in Zabrze, earned a Diploma in Painting at the State High School of Fine Arts in Wrocław under the supervision of Prof. Konrad Jarodzki in 1988. In 1999, he defended a doctoral dissertation in the field of artistic painting at the Academy of Fine Arts in Wrocław, where he habilitated in 2008. It is also there that he has been running a drawing studio at the Chair of Painting and Sculpture since 2009. 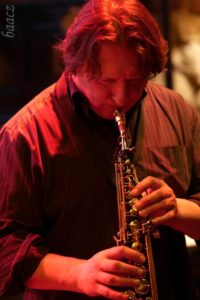 Marek Batorski – Born in 1967 in Szczebrzeszyn. A visual artist. He received a PhD at the Institute of Painting and Art Education within the Faculty of Arts of the Pedagogical University in Cracow 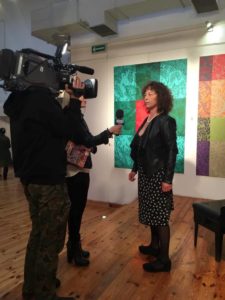 Olga Wolniak was born in 1957 in Rangoon, Burma. In 1975-1980, She studied at the Faculty of Painting, Academy of Fine Arts in Warsaw. She received a diploma in Painting in Architecture (currently Art in Public Spaces), mentored by Prof. J. Karczewski. She is very active in terms of creativity, participates in numerous individual and group exhibitions in the country and abroad. 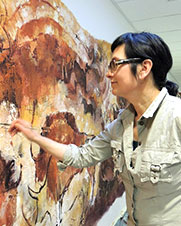 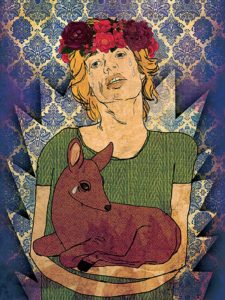 Jaśmina Parkita was born in 1988 in Kielce. In 2008 – 2012, she studied Graphics at the Pedagogical University in Cracow. In 2014, she was conferred a degree with distinction at the Academy of Fine Arts in Łódź, Faculty of Fabrics and Clothing at Prof. Krystyna Czajkowska’s Printed Fabrics Studio. 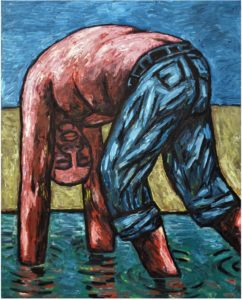 born in 1980. IN 2005 – 2010, he studied at the E. Geppert Fine Arts Academy in Wrocław, at the Faculty of Painting and Sculpture. IN 2010, he received a graduation diploma with distinction. He is engaged in painting and sculpture. He lives and works in Wrocław. 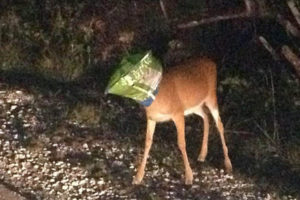 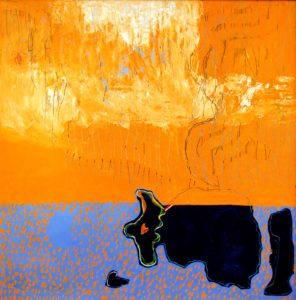 A graduate of the Faculty of Fine Arts UMK in Toruń. A diploma in painting from the studio of Prof. Janusz Kaczmarski in 1990. Currently, she is a professor at the UTP University of Science and Technology in Bydgoszcz. Director of the Department of Visual Arts of Construction, Architecture and Environmental Engineering. Cooperates with Prof. A. Simińska from the faculty of Interior Architecture at the UTP. Furthermore, she manages the University Gallery of Innovation.

Marta Pajek, born in 1982 in Kielce , completed studies at the Faculty of Graphics at the Academy of Fine Arts in Cracow and earned a degree in animated cartoon creation in 2005.

Having completed education at the Faculty of Painting at the Warsaw Academy of Fine Arts in the art studios of Professors Michał Bylina and Jacek Sienicki. He paints realistic or figurative images and abstractions. Młodożeniec is inspired by the traditions of the great avant-garde of the first half of the 20th century. For twenty years, he has been living and working in New York, a city he is eager to depict in his works. 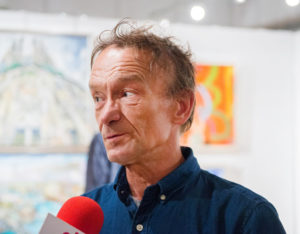 1976-1981 he studied at the Faculty of Graphics at the Warsaw  Academy of Fine Arts, diploma in the studio of poster art of Professor Henryk Tomaszewski. He lives and works in Warsaw. Winner of many Polish and international awards. He designs posters, paintings and animated films. Zofia Nasierowska, born in 1938, successfully started taking photographs when she was only 7, and in her teenage years she had the first exhibition. She has been a member of the Association of Polish Art Photographers (ZPAF) since 1956. She was also honoured with the Artiste FIAP title by the International Federation of Photographic Art. 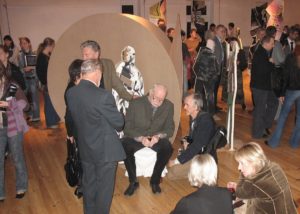 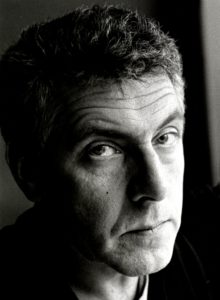 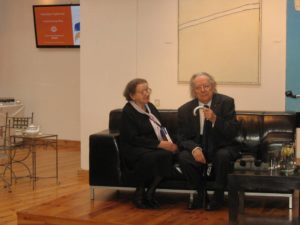 He was born on 4 November 1922 in Zdołbunów in Volhynia. In 1944 – 45, he was a forced labourer in Królewiec. In 1946 – 51, he studied at the State Higher School of Visual Arts in Łódź under the tutelage of Władysław Strzemiński and Stefan Wegner. He earned a diploma in graphics under the supervision of Ludwik Tyrowicz. 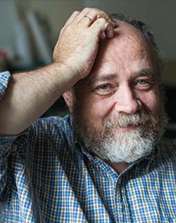 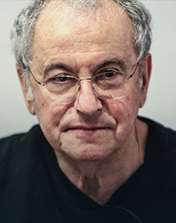 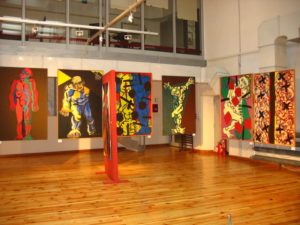 Prof. Marian Czapla was born in Gacki nr. Szydłowiec in the Kieleckie region. He is a graduate from the National Secondary School of General Education and Visual Arts (currently the Józef Szermentowski National Complex of Visual Art Schools) and the Academy of Fine Arts in Warsaw. 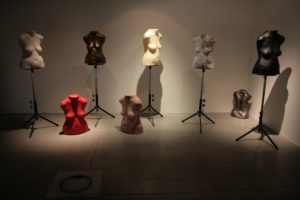 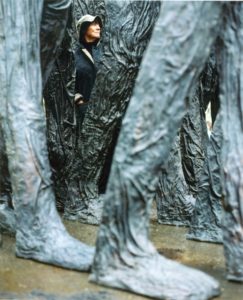 On 15 May, for the first time ever in Kielce, we will have the honour to welcome distinguished artist Magdalena Abakanowicz and her superb creation. 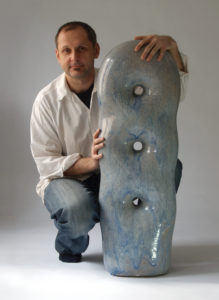 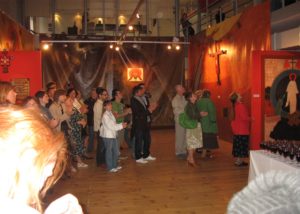 A picture painted not with a human’s hand. Jerzy Nowosielski’s icons and archetypes exhibition is a presentation of works of one of the most outstanding contemporary Polish painters, the well-known and internationally renowned Jerzy Nowosielski Czech photographer, painter and graphic artist, born in 1935. The man who captivated the world with his photographic, phantasmagorical sincerity. 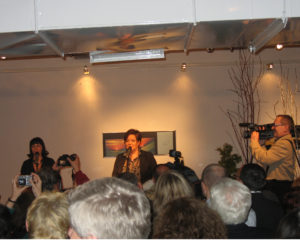 I have been taking photographs for years. For a long time, I have pigeonholed my photographs until a friend of mine suggested that I should create a story out of some of my pictures 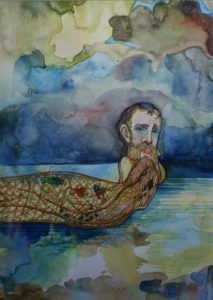 Born in 1948 in Katowice, he graduated from the Warsaw Academy of Fine Arts. He is a lecturer at the Faculty of Architecture at the Warsaw University of Technology. 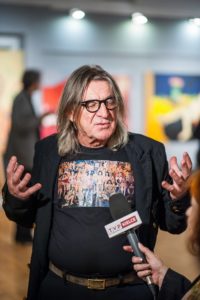 An outstanding Polish painter and graphic artist, one of the most distinctive personalities in the Polish contemporary art. The only Polish artist who managed to become an international success before the fall of Communism (for instance, he took part in “documenta 7” in Kassel in 1982). An exhibition of paintings done by Prof. Czesław Rzepiński and a group of his students will be an opportunity to remind of the Professor’s works and at the same time to present directions his students followed. The scenario of the exhibition is being developed with collaboration of the artist’s wife Anna Ryś Rzepińska and Wiesław Ochman, who is his long-standing friend and collector of his works.