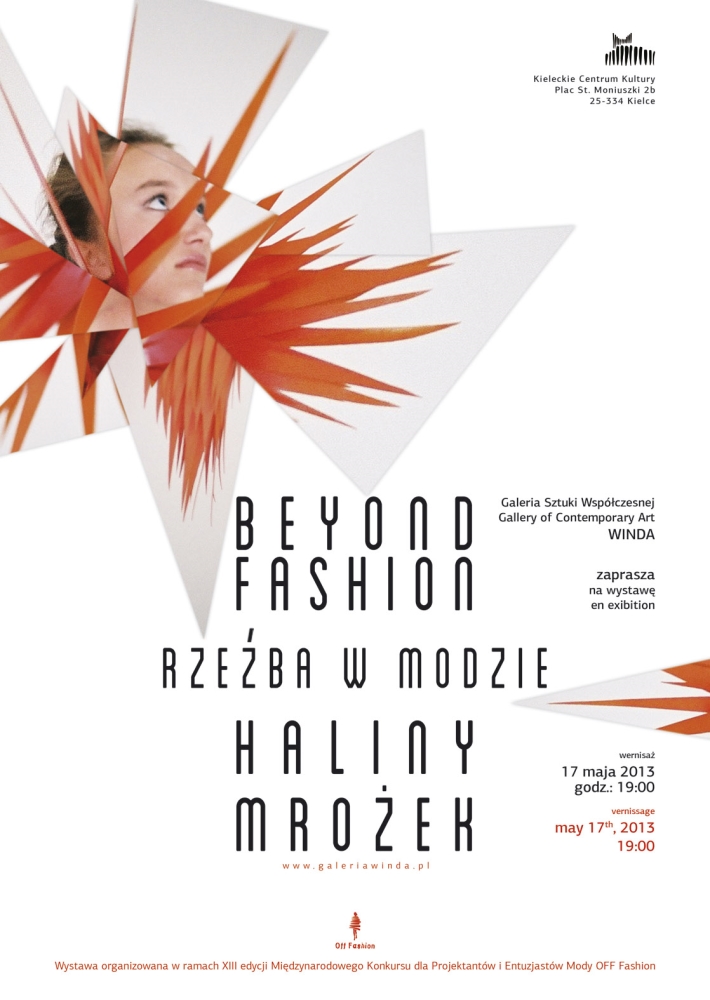 May 2013 Off Fashion
Halina Mrożek

Graduated from the Faculty of Sculpture at the Academy of Fine Arts in Krakow, 2009. Her graduation work Sculpt-couture was awarded the Medal of the Academy of Fine Arts. Won the 1st prize in the International Fashion Competition Off Fashion Kielce (2010) and the 2nd prize in the international competition Creative Graduate Prize (2009). Her works have been presented at exhibitions, eg at the Solvay Centre of Contemporary Art, Galeria Nowa and the Palace of Art in Krakow; at art and fashion festivals such as the Warsaw Art Fair, the Art & Fashion Festival, Off Fashion and Warsaw Fashion Street. They have also been published in Polish and foreign magazines, such as Wysokie Obcasy, Machina, Exklusiv, EksMagazyn, Idoll Mag and OOO Magazine.

The interaction between man and environment favors creation of masks. Since birth, we wear clothes across the life span. They take various forms, enriched by colors, shapes and fabrics, often possessing artistic values as sculptures. It is a form of symbiosis, an unbreakable bond. Body becomes a medium for art form, combining the person and his/her clothes into one object, gaining new forms and meanings. In relations with outside world, clothes become a mask, an armor, a camouflage. They are the first message sent when in contact with another human being.

People constantly create their image using clothes, emphasizing some qualities of their personality, while hiding the other. We can interpret the image using aesthetic values, or turn to psychological andpractical approach. The choice of clothes is never accidental. These carefully selected compositions are my work’s starting point, defining its form. Through observation, I am creating personas -images determined by people and mental state of their minds. I’m inspired by the cloth forms Iencounter, which results in a unique, personal interpretation. I strive to capture the physical form of mental image. I don’t present specific persons, merely summarizing the “impressions” of images and behaviors. I’m featuring exceptional (extreme) individuals, highly influencing the environment.Their image forces us to interpret them in a way they “expect”, a way they “let” us for. Those characters appear to be “out of the time”, they could have lived in the past, can live now or may live in the future. Their goal is to create delight, desire and concern, to embarrass or disgust, just like strangers who raise extreme, strong feelings. I am well aware that after getting to know the person, his or her visual outlook loses its meaning, but the point of my attention goes further. I focus on the messages carried by the aesthetic values of the created raiment, driving attention to how easily we are influenced by visual suggestions clothes may provide.

“[…] we have three forms of life.
Material life: we are our body.
Intellectual life: we are consciousness.
Discursive life: we are what others say about us […]”
(Eric-Emmanuel Schmitt “When I Was a Work of Art”)
I’ll just add: we are the matter which we use to cover our bodies.
Or we are naked. during the change of exposure 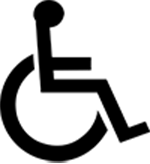