Jerzy Nowosielski’s icons and archetypes The Vernissage will be held on 17th May 2008, 7 pm 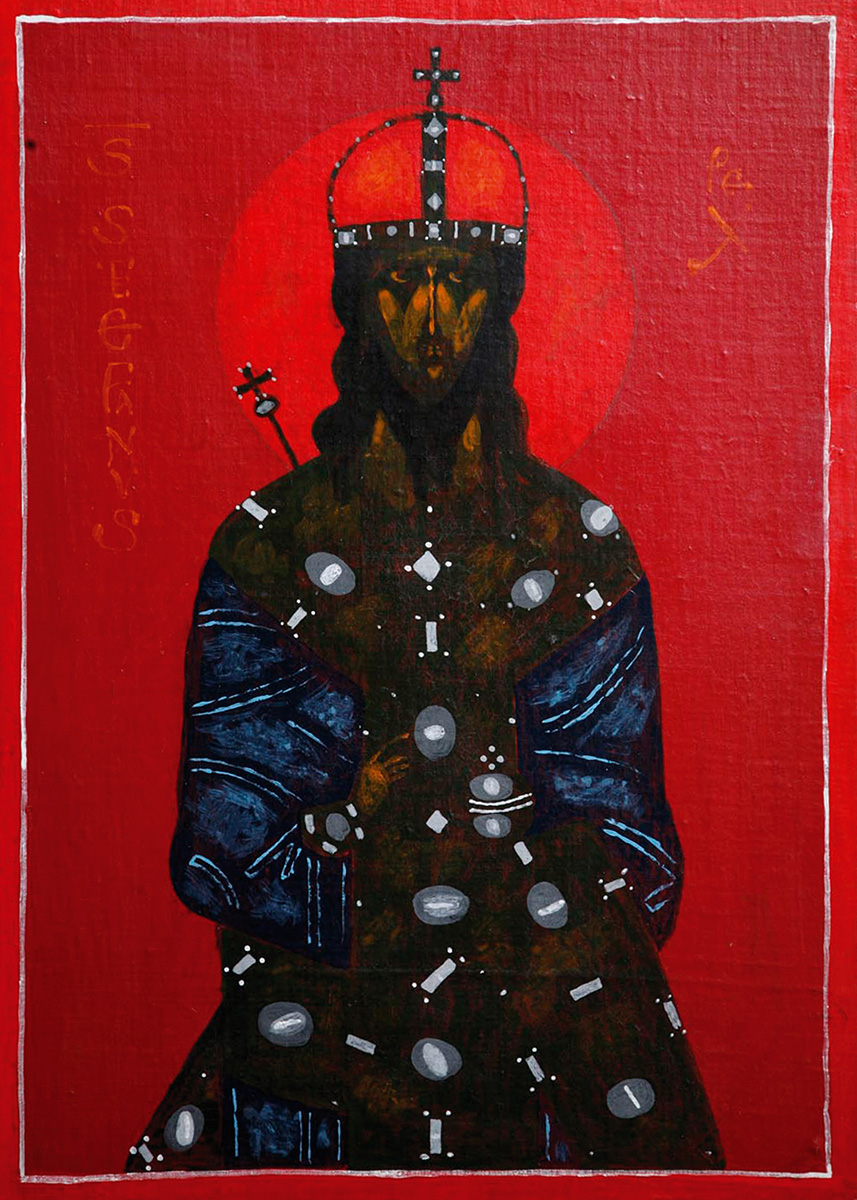 The Exhibition will run until 8th June 2008

A picture painted not with a human’s hand

A picture painted not with a human’s hand. Jerzy Nowosielski’s icons and archetypes exhibition is a presentation of works of one of the most outstanding contemporary Polish painters, the well-known and internationally renowned Jerzy Nowosielski, and ancient icons which became protopatterns, that is archetypes for his creativity. The idea behind the exhibition deals with a theme of an icon presented in an innovative way, thus presenting common thematic and theological assumptions since the Byzantine times until present. The exhibition shows the development of twelve selected iconographic types. Jerzy Nowosielski’s icons will be juxtaposed with old icons borrowed from the collections of the Icon Museum in Supraśl and the Southern Podlasie Museum in Biała Podlaska. The exhibition comprises 94 pieces of art, including 46 Jerzy Nowosielski’s works. The exhibition was arranged to create space that hints at the atmosphere of the artist’s sacral interiors, which was achieved through a specially created scenography of large format printouts that make a background for the icons.

Photographs of, among others, the Saint Sophia Cathedral in Kiev, frescos from the Kiev Lavra, Ukraine and the Orthodox church in Wesoła, which hosts a comprehensive set of Jerzy Nowosielski’s frescos. Michał Bogucki, an outstanding expert in the matter in question, is a curator and originator of the exhibition.

The exhibition is accompanied by a beautifully illustrated hardback album in four languages and a catalogue entitled A picture painted not with a human’s hand. Jerzy Nowosielski’s icons and archetypes.

Curators of the Exhibition:

Born in 1923 in Cracow. Painter, theoretician, thinker, teacher. During the German occupation, he studied at the Cracow Kunstgewerbeschule, later in 1945-1947, at the Faculty of Painting at the Cracow Academy of Fine Arts. In 1945-1949, a member of the Young Visual Artists’ Group and a founding member of the Cracow Group Artist Association since 1957. A teacher with a long teaching career, professor at the Cracow Academy of Fine Arts from 1976 to 1992. He has already had over 100 individual exhibitions and participated in over 250 collective exhibitions in Poland and abroad (1956 – XXVIII Biennale di Venezia; 1959 – V Biennale de Sao Paulo; 1961 – 15 Polish Painters, Museum of Modern Art, New York; 1965 – Profile IV, Polnische Kunst Heute, Staedtlische Kunstgalerie, Bochum; 1972 – Atelier 72, The Richard Demarco Gallery, Edinburgh; 1974 – Polish Painting Today, The Mall Galleries, London; 1977 – L’esprit romantique dans l’art polonais, Grand Palais, Paris; 1987 – Polnische Malerei 1945-87, Museum Wiesbaden, Wiesbaden; 1988 – Art at the Edge, Museum of Modern Art, Oxford, 1992 – Pabellon de las Artes EXPO’92, Sevilla, to mention only a few). He has painted a number of polychromies in sacral buildings, e.g. the Dormition of the Blessed Virgin Mary Orthodox Church Parish in Cracow, the Parish Church in Wesoła, the Reformed Fathers’ Church in Cracow, the Holy Spirit Church in Nowe Tychy, the Dormition of the Blessed Virgin Mary Orthodox Church in Lourdes and the Orthodox Church in Biały Bór. His works are kept in all major modern art museum collections in Poland and in many private collections in Japan, Canada, Germany, Switzerland, Sweden, the US and Italy. In 1996, together with his wife, he set up a Foundation whose aim is to support extraordinarily talented artists through, inter alia, offering scholarships and awarding an annual artistic prize (the first Prize of the Nowosielski Foundation was awarded in May 1997).