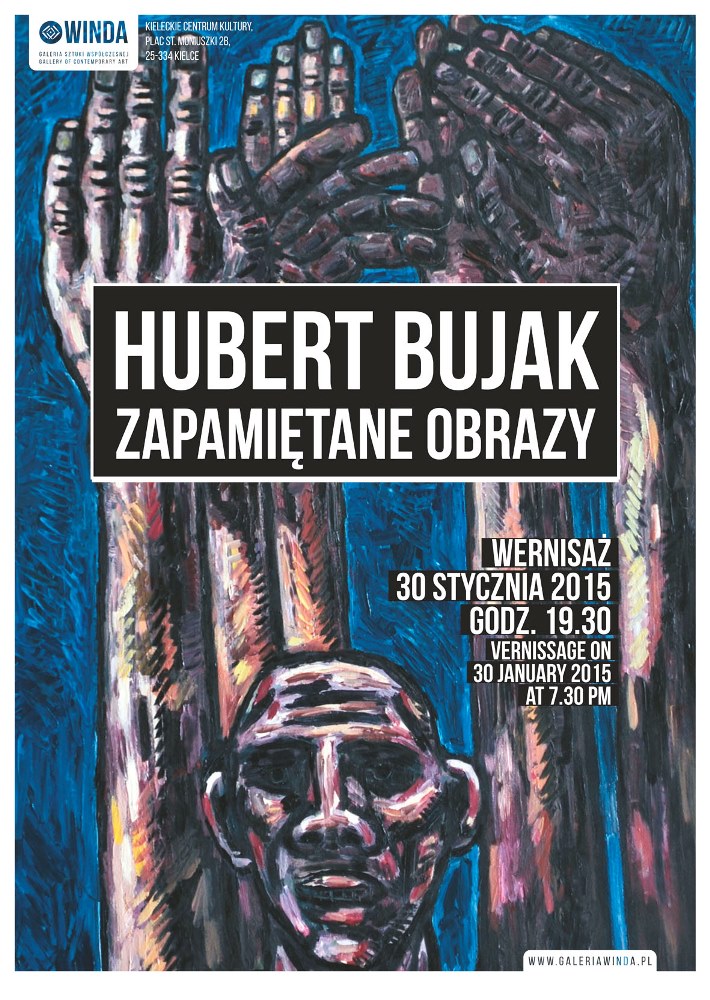 The title of the exhibition: Stored images

The project comprises a series of paintings and spatial forms representing, apart from childhood memories shown in a form bringing to mind the lives of savage, primitive people, motifs, symbols and elements taken from the culture. A savage is a central figure of a number of works and an exponent of unconscious, which corresponds with a view that a savage, primitive man symbolizes an archetypal shadow, a hidden side of personality.
The purpose of the project is, among other things, an attempt at answering a question whether and how much active the so called collective unconscious is and whether the images that I evoke are already present in each and every of us to some extent. Carl Gustav Jung’s discovery of the deep structure of the psyche, termed as the archetype, contains truths about essential patterns of behaviour, thinking and experiencing. Jung called it collective unconscious. I think that my creative work is, to a large extent, about searching and depicting images belonging to that sphere.

HUBERT BUJAK, born in 1980. IN 2005 – 2010, he studied at the E. Geppert Fine Arts Academy in Wrocław, at the Faculty of Painting and Sculpture. IN 2010, he received a graduation diploma with distinction. He is engaged in painting and sculpture. He lives and works in Wrocław.